The hearing represented a positive step forward as part of the agenda set forth by Texas Gov. Greg Abbott and Lt. Gov. Dan Patrick to make school choice for special needs students a priority item during the Special Legislative session currently underway in Austin.

However, there is still a significant hurdle to pass the bill through the House.

The key opposition is House Speaker Joe Straus, who leans far left of Governor Abbott and Lt. Gov. Patrick and has publicly opposed their agenda. That’s why it was important for Texas families to rally in support of HB 253.

What Does the Bill Do for Special Needs Students?

The Tax Credit program is funded by donations from private insurance companies. Under the bill, companies may donate dollars to the school choice program and receive a tax credit in return. The dollars are then distributed to eligible students as scholarships to attend an accredited private school.

The program also allows limited funding to be used to assist special needs students who remain in the public school system with certain types of extra expenses.

It should be noted that the bill structure is distinctly different than House Bill 52. This is Representative Simmons’ IEP Account school choice bill, which THSC covered earlier in the special session, that appears to be taking a backseat to HB 253 going forward.

HB 253 Criteria: Who is Eligible and How Much is the Scholarship?

To be eligible to receive a scholarship, a special needs student must meet the following eligibility requirements:

Students who qualify for the program may receive up to $10,000 as a scholarship towards tuition at an accredited private school. The program is capped at $75 million, estimated as enough to provide scholarships for up to 6,000 students.

Homeschool students are not eligible for participation under the bill. Only students attending an accredited private school will be eligible to receive a Tax Credit.

THSC chose to testified favorably at the hearing Tuesday because the bill promotes parental rights and increases freedom for families and parents to decide what is best for their students’ education. However, the bill is far more narrowly targeted than school choice bills considered earlier this year, which did include homeschool students.

THSC Policy Director Jeremy Newman testifying in favor of House Bill 253, which would create a Tax Credit Scholarship program for special needs students funded by donations from private insurance companies.THSC believes that parental choice is what has made homeschooling the fastest growing, most successful form of education in America. Offering special needs families more choices through a Tax Credit Scholarship Program allows parents more control over their child's education.#KeepingTXFamiliesFree #THSCknowsTX

What’s Next for the House Process?

Now that HB 253 has been heard in the House, the next step will be for the committee to pass the bill so that it can go to the House Floor and ultimately be sent to Governor Abbott.

While the Texas Senate has shown extreme efficiency and dedication in their support of Gov. Greg Abbott’s conservative agenda, the Texas House has repeatedly slow-walked important legislation. The House was also responsible for most related legislation failing to pass during the regular session earlier this year.

As we reported earlier during the special session, it is unclear how long this showdown will last and what the final result will be. Texans who support parental choice in education can help by calling their State Representative and telling them to pass Governor Abbott’s conservative agenda, including HB 253 benefiting special needs students.

– Do you appreciate knowing what parental rights bills are being considered by the Texas legislature? Sign up for our updates to stay updated on the latest happenings in Austin. 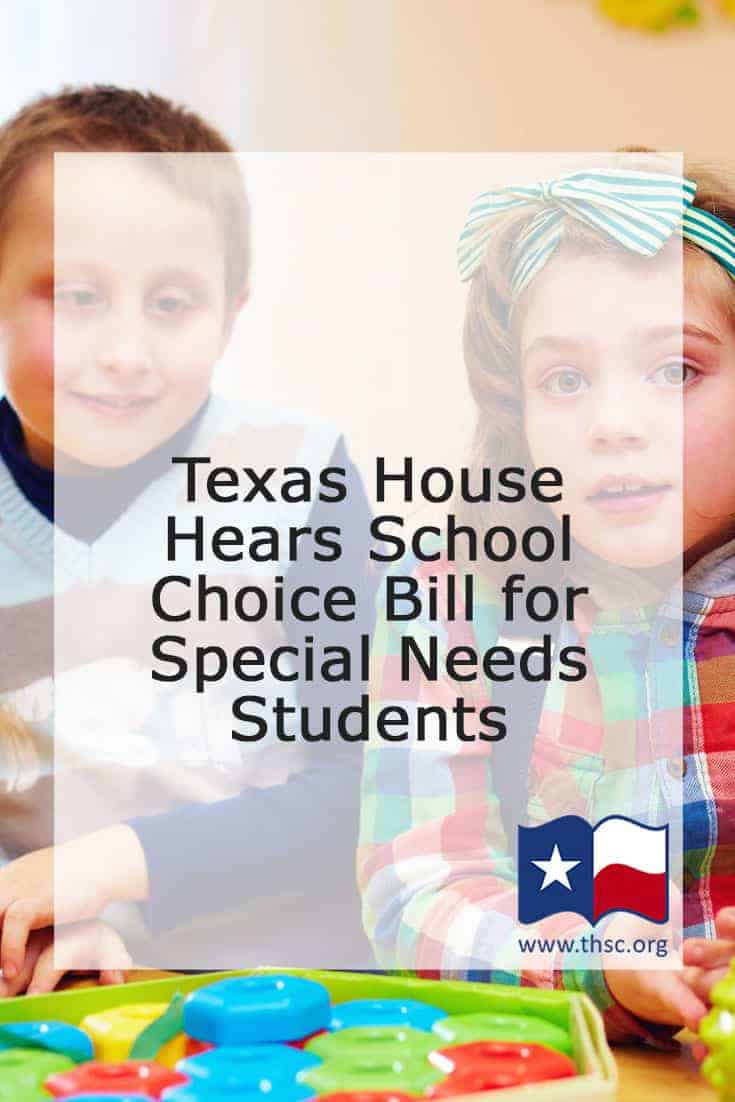