Of course, we are grateful for the freedom we have—however, just like the children of Israel that Moses led out of Egypt, it doesn’t take very long for us to lose sight of how precious our freedom is. God instituted the annual tradition of Passover to remind the Israelites of that narrow escape from slavery.

In some ways, Leeper Day, June 9th, is analogous to Passover for Texas homeschoolers, in that it reminds us of the freedom we should cherish.

The 1994 Texas Supreme Court decision in Leeper v. Arlington ISD has become a pillar of defense for homeschool parents and students from unlawful attacks against their right to home educate.

On June 15, 1994, after the state had appealed a second time, the Supreme Court of Texas issued a 9-0 decision upholding the ruling by the lower court and cementing the right of Texas parents to teach their children at home.

That’s the victory, but the story is in the struggle that led up to that victory. THSC produced a documentary film, “Taking a Stand in Texas—The Battle for Home School Freedom” which, although dated, is worthwhile for every homeschooling family to watch to understand where we come from.

If you are a Texas homeschooling family, this movie is your “roots” story.

Let’s take a quick look inside “Taking a Stand in Texas” and meet a few of the pioneers who fought hard for the freedom we now often take for granted.

Go to top
The Texas Home School Coalition was established as a political action committee in 1986 by Kirk McCord of Hearth and Home Ministries, as well as the late Brad Chamberlain. Because of the numerous lawsuits against homeschoolers across the state and harmful legislation being introduced in Austin, they saw a need for a statewide political organization to work for the rights of homeschoolers in the state of Texas. Beverly, along with Barbara Short, organized the first homeschool group in Texas in 1982 and published the Texas Coalition Newsletter in 1983.
Beverly McCord - Texas Homeschool Pioneer 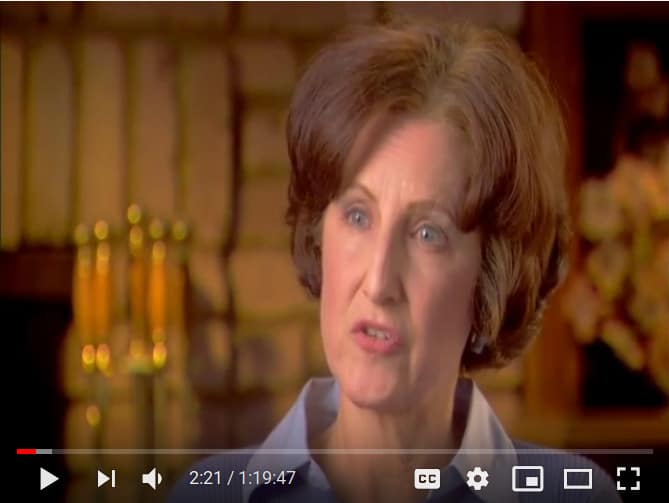 “We lived in an excellent school district, in that it had excellent academic standards, but our issue in homeschooling was purely academics. It was more out of religious conviction. We wanted to pass on to our children, our Christian faith, our biblical values and standards. And that cannot be done in the public school anymore.Bev McCord

Go to top
Known as a “pioneer homeschooling mom,” Ginny Baker was the second modern homeschooling mother in the nation (as far as is known) and the first in Texas. As interest in homeschool abounded, Mrs. Baker wrote “Teaching Your Children At Home,” the first “how-to” homeschool manual written by a parent who actually did the teaching. Her book sold to parents, missionaries and military families in eight countries. Ginny also compiled the small leaflet, “You Ask Me Why?” with tens of thousands distributed to legislators, parents and educators nationwide.
Virginia Baker - Texas Homeschool Pioneer

Our oldest son was not being taught how to read and they were going to hold him back between kindergarten and first grade. And I knew that he wasn’t behind in that, he just wasn’t being taught properly, so I taught him at home during the summer. And when he came back to enter the first grade, they tested him and he was reading on the fifth-grade level. I knew of no one homeschooling when I started. I just taught more or less like public schools did, or private schools.Shelby Sharpe

Go to top
This Richardson couple with three daughters was prosecuted for violating truancy laws when they decided to homeschool their children. Steve was a Dallas policeman and a deacon at his church. This family was one of the first to challenge the school attendance law using a defense that the statute was “unconstitutionally vague” as applied to homeschooling. The Shorts were found guilty of truancy and exited the courtroom to national news cameras. The following day, the judge dismissed the case, realizing their argument had merit. That, however, was not reported in national news.
Barbara Short - Texas Homeschool Pioneer

Never before, never after had we ever considered that we would violate the law. Steve being a police offer, we felt that it was not only our responsibility as parents, but in order to set the example that you respect authority, we wanted our children to understand that we, nor they, had ever violated the law. When the truant officer came in a second time, he wasn’t actually threatening, but he let me know that this was not the education that would be best for the children. He didn’t want me to feel encouraged by my actions.Steve and Barbara Short

Go to top
Just three weeks after the couple started homeschooling, a truancy officer appeared at their door for “a friendly visit.” Five days later, they received a letter from the school district regarding “family code violations.” Believing they, in fact, had the right to homeschool, they approached Attorney Shelby Sharpe after a presentation to homeschoolers about legal issues and thus began the class action suit that would bear their name: Leeper v. Arlington ISD.
Gary & Cheryl Leeper - Texas Homeschool Pioneer

We considered the ramifications of all this, especially because of our family name being on the case. If we did win this case, we were probably going to get crucified. They would go after us and make an example of us, I imagine.Gary and Cheryl Leeper

Go to top
Shelby Sharpe was the lead attorney in the Leeper v. Arlington class action suit, the landmark case that settled the question of homeschools in Texas being private schools. This case was heard at the district and appellate court levels and by the Texas Supreme Court—it confirmed the freedoms that parents now enjoy in Texas, one of the best states in which people can homeschool.
Shelby Sharpe - Texas Homeschool Pioneer 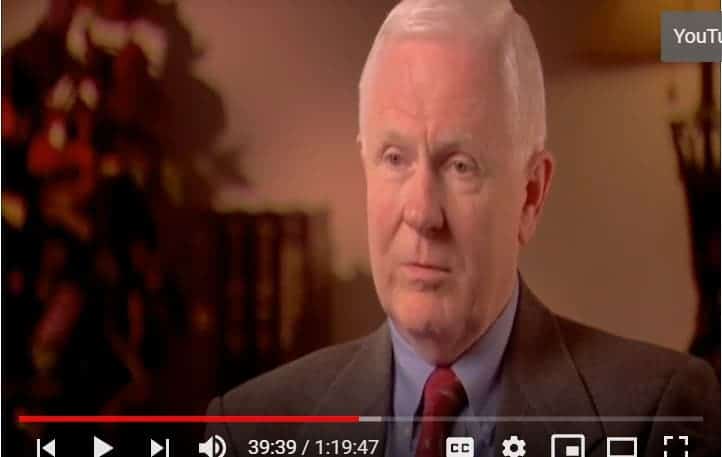 Very early on after the lawsuit was filed, I had talked to the attorneys on the defense side, which would be primarily the attorney general and I asked for them to stop the prosecutions until we could get a definitive decision because if we won, here were these prosecutions that were wrongly taking place. … We were all going to be bound by it, so in the meantime, let’s stop the warfare.Shelby Sharpe

Go to top
A key witness in the Leeper case, Helen Jackson silenced the courtroom when she revealed that she had chosen to homeschool her children rather than accept an official offer from NASA to become the first female astronaut.
Helen Jackson - Texas Homeschool Pioneer 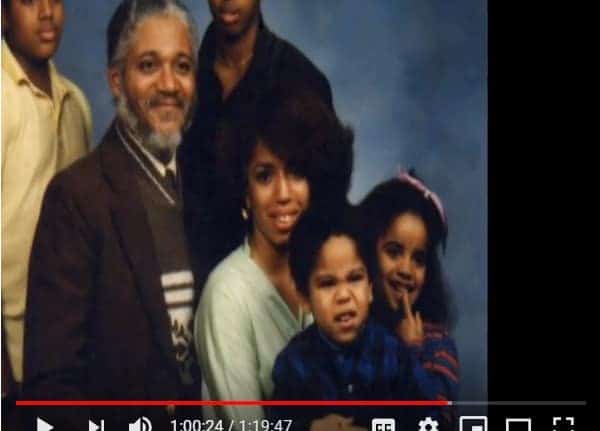 
“It’s interesting that almost 20 years have gone by from that trial, and that still has an emotional impact. … The vast majority of people would not have turned that down. She would have gone from obscurity to the cover of Time—first lady, first black lady. … Totally caught me off guard. … She had never shared it. … Tells you a lot about Helen. … After she unloaded that bombshell, I looked over at the attorneys … for the district … you could tell it just blew them away. And you could tell it made a big impact on Judge Murray.”
Shelby Sharpe

We encourage you to own your proud Texas homeschooling history. Why not use “Taking a Stand in Texas” for your next citizenship class? Every Texas homeschooler should understand how hard-fought our freedom was … and how fragile it is.

As Kirk McCord reflects in the final moments of the documentary:


“Homeschoolers need to be continually vigilant because the freedoms that we have are the result of a court case which was interpreting a statute. The legislature could change that statute any time it wants to and basically undercut the freedom that we won with so much effort, by the grace of God, in the Leeper v. Arlington ISD. Constant vigilance is required.Kirk McCord

On this 25th anniversary of the Leeper decision, Texas Home School Coalition is pleased to have Shelby Sharpe, Dr. Helen Jackson and other Texas homeschool pioneers as speakers and special guests of our Gala celebration.

Please share this video! All Texans who support homeschooling are invited to attend the gala. 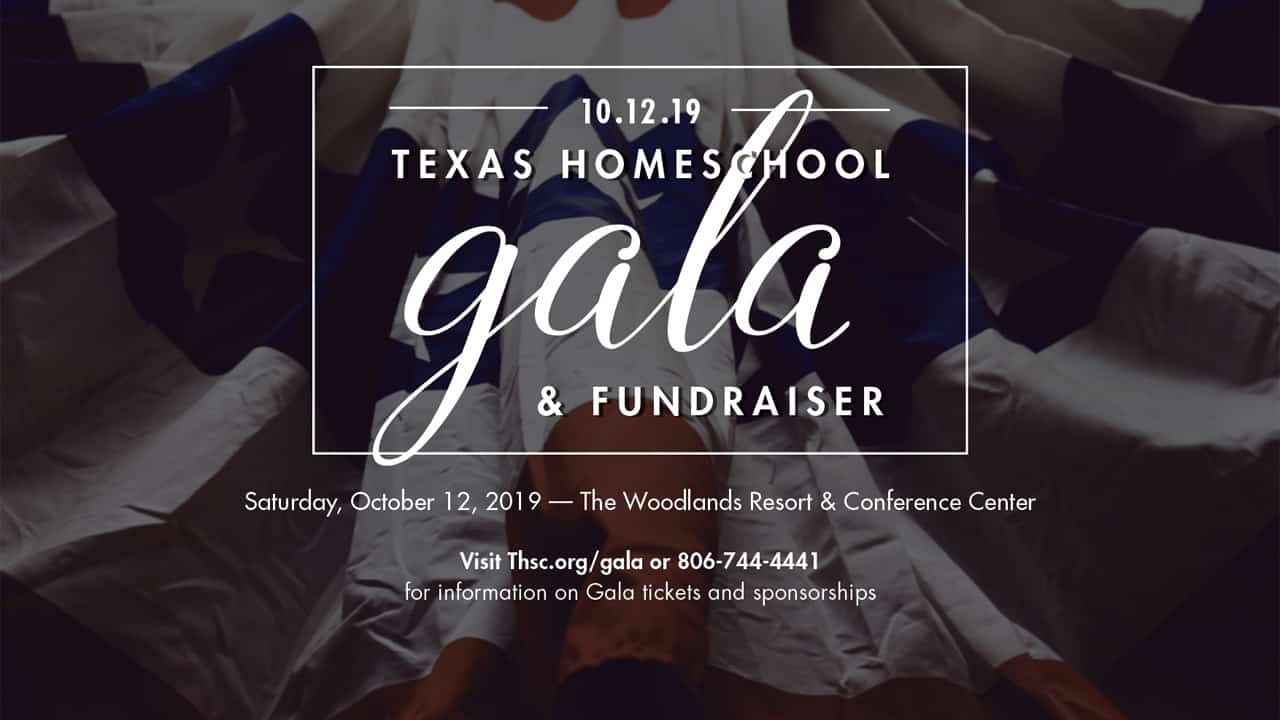 2017 Legislative Year in Review: Victories and Continuing Battles (Including Some We’ll Take to the Polls)

Read our full recap of the 2017 legislative year in Austin that included victories, fights, and clear opponents to parental rights.

How to Find Therapy for Your Homeschooled Special Needs Student

Many special needs children receive therapy as part of their daily public school regime. Special needs home schooling students are no different, but their parents often find the mixed messages from therapy professionals, insurance companies, and their local school districts difficult to navigate on their own. Thus, many times these parents contact the THSC Special Needs Department to help them determine the best route to securing the best therapy for their child.

How to Thank Your Home School Leader

Have you hugged your home school group leader this month? Do you know that most home school group leaders are servant-hearted volunteers who have a desire to encourage you and to help support your home school? Do you know that many of them must lean on their own families to help them get the job done, and there is often so much more going on behind the scenes that you may not realize? Did you know that long after you leave a field trip and well after the last class meeting of the week, your board of leaders is working faithfully to help your group thrive?