All Families Protected Because of Ann’s Case (Modification Suit Victory)

Should you lose your parental rights just because you were sued twice instead of once? You can in a modification suit.

In child custody cases, custody orders are considered “final”… until they’re not. This can be a good thing or a bad thing depending on the situation.

Texas law specifies certain circumstances which a person can use to file a special type of lawsuit called a modification suit.

A modification suit is a lawsuit that reopens a previously resolved case for the purpose of modifying the judge’s final order. It can also be used to change parts of a custody order. 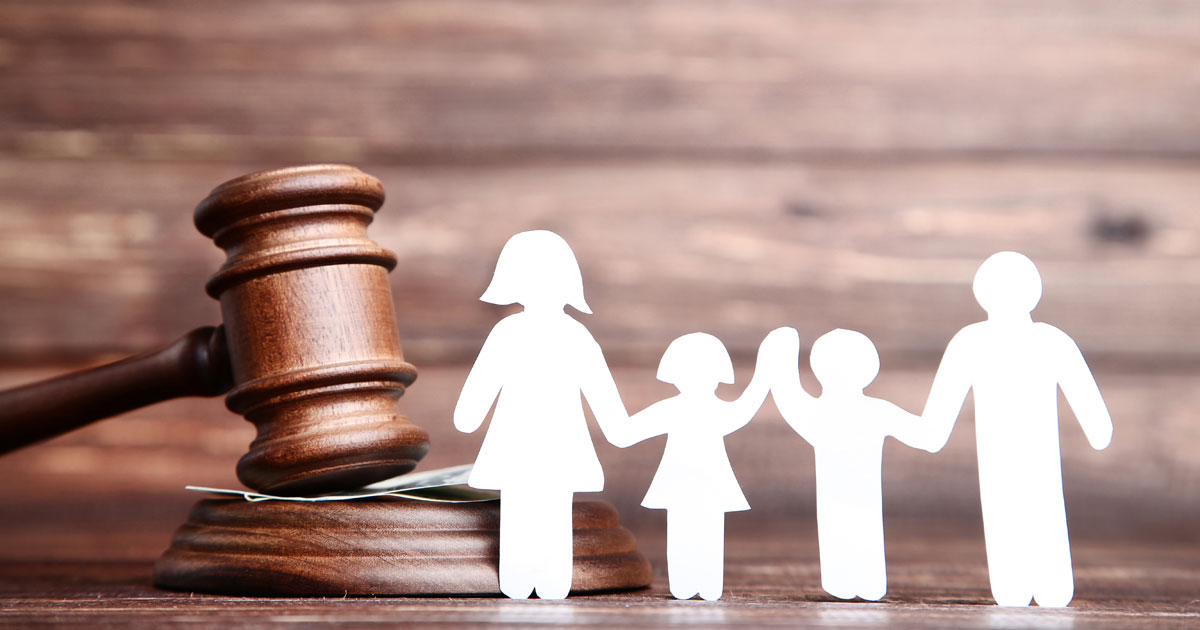 Modification Suits Cause a Loophole

Whenever a court decides a child custody case between a parent and a nonparent, the court is constitutionally required to presume that the parent is fit and that the parent’s decisions are in the best interest of the child.

This means that when a parent was sued by a nonparent for custody of a child, custody could only be taken away if the non-parent proved that some type of harm would be done to the child by leaving custody with the parent.

However, Texas courts have rarely applied these presumptions in modification suits.

If the parent was later sued a second time in a modification suit, courts often refused to apply the same standards.Thus, a fit parent could lose rights to his or her own child simply because the parent was sued twice instead of once.

It started in 2000, when the Supreme Court of Texas (SCOTX) was asked to rule on a specific Texas law that dealt with modification suits.

The issue in this case was whether or not a specific Texas law that required parents to be given primary custody of their own children applied in both original and modification lawsuits.

SCOTX ruled that, because of the way this law was written, the law only required a parent to be appointed as a child’s managing guardian in an original lawsuit.

However, according to the U.S. Supreme Court, judges are constitutionally required to defer to the decisions of a fit parent over the decisions of a non-parent, unless some type of harm can be shown that requires the judge to overrule the parent.

This would be true in original suits and modification suits.

However, since 2000 SCOTX has never addressed the issue of whether to apply the constitutional presumptions that parents are fit and that fit parents act in the best interests of their children in modification suits.

Because SCOTX had not ruled on the issue, lower courts have consistently cited the SCOTX case from 2000 to argue that constitutional parental presumptions don’t apply in modification suits.

Bottom line: Texas courts have argued that when a parent is sued the first time, he or she is protected by the parental presumptions in the law but that, when the same case is reopened a second time and “modified,” the parent is no longer protected.

Additionally, non-parents can sue parents for custody of children the first time using a modification suit.

If parents have a custody agreement, a non-parent can file a modification suit requesting that the custody agreement be modified to give him or her custody of the child—even if the nonparent was never involved in the original custody lawsuit.

SCOTX recently issued a landmark ruling in a modification case in which an unrelated man sought custody of a five-year-old girl named Ann over the objections of Ann’s fit and loving father.

The unrelated man previously dated(and was briefly engaged to) Ann’s mother prior to the death of Ann’s mother.

SCOTX ruled that Ann gets to stay with her dad.

It also acknowledged for the first time that the constitutional presumptions that parents are fit and that fit parents act in the best interests of their children apply in modification suits and all suits.

Because of Ann’s Triumph, All Families Are Protected

Not only did the Supreme Court of Texas reunite Ann and her father, but it also ensured that parents’ constitutional rights will now be protected in all types of cases.

SCOTX’s ruling is the product of a long-fought battle for family rights in Texas. THSC and its members, Ann and her father’s legal team, and numerous other pro-family groups have spent months working on this case to protect the rights of Texas families.

The hard work was worth it.

A district court gave joint custody of a young girl to a man who was not in any way related to her. The court did this over the objections of the biological father.

New Year’s Eve is celebrated in many different ways across the world. A favorite for many families during this time of celebration is a fireworks display. Living in the country, our family enjoys a good show. We plan for the evening by clearing a launching pad, gathering the water hoses (just in case), and securing a sturdy base for our launch tubes. The weather is checked for wind conditions and burn bans. The kiddos select the fireworks they would like to shoot off and the purchases are made. Once the evening arrives, our anticipation builds. Will the plan come together? Will our expectations be met?

Bearing Arms at the Ballot Box: How to Fire Your Civil Bullet

War is being waged against the foundations of our Western civilization. Elections are one of the theaters, where bloodless battles are fought between competing ideologies, competencies and values. Weapons include truth, diligence, and a civil bullet in the form of a voter registration certificate. Failure of a voter-eligible citizenry to consistently utilize any one of those three ultimately leads to casualties and surrender to tyranny.

Doubt: How to Address the Enemy of Special Needs Homeschooling

The enemy of special needs homeschooling is doubt. Here is how to combat this fear and where to find victory!

About the Author: THSC Webmaster