Please read Tim’s blog post with all the details. Texas Families Breathe a Sigh of Relief With Resignation of Judge

Judge Denise Pratt, without any of the evidence required by law that a Houston mother was unfit, issued “temporary” orders against her, requiring her to surrender her child for visitation with her father-in-law, who had no legal claim on the child and with whom the mother did not want her child associating. This action was done outside of the mother’s custody and over her objections, allowing the grandparents to “supervise” the visitation between the child and his totally physically incapacitated father. The grandparents were given full possession and control of the child during the visits. Read more. 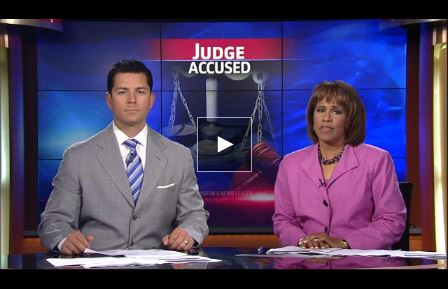 Judge Pratt was recently in the news when the Houston Chronicle published a story about a criminal complaint filed against her. Attorneys from the area filed the complaint, accusing Judge Pratt of falsifying court documents and calling on her to resign.

Finally, as if all that were not enough, a Houston-area family law attorney has noted that according to a recent Houston Bar Association judicial poll, Judge Denise Pratt’s ratings were the worst that any judge has ever received in the history of the survey: 77% of attorneys rated her poor on following the law, and 80% said that she did not rule decisively and in a timely manner. Clearly the 311th District Court needs a new judge!