How to Face Fear of Homeschooling

You make plans and purchase curriculum to prepare for a new year. But do you ever have a fear of homeschooling?
This article was originally published in Review Magazine. 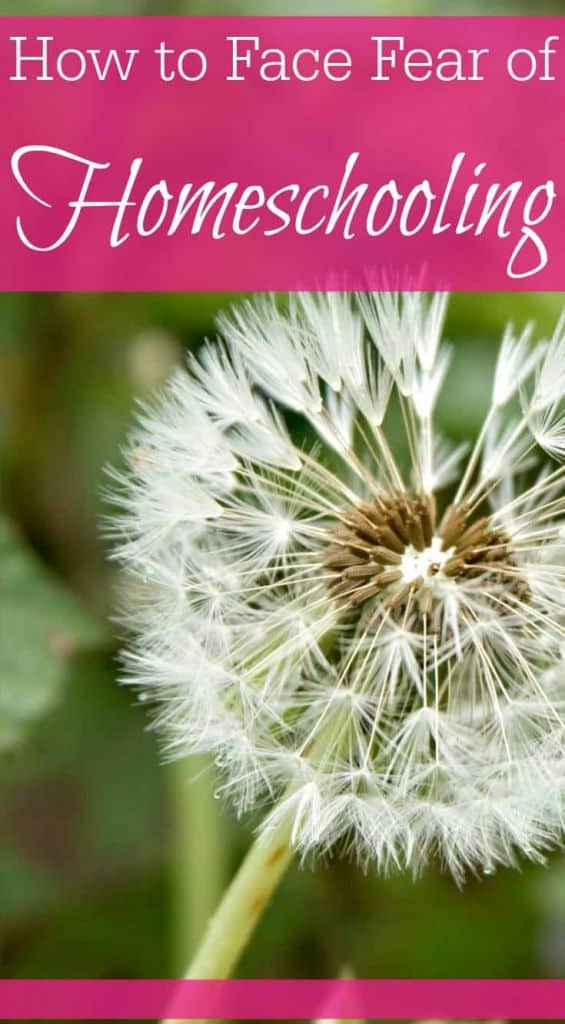 A little more than seven years ago Davis and I celebrated our twentieth wedding anniversary. We did so by going on our first cruise to the Caribbean. My mom and dad stayed with the kids, and we set out for seven days on a ship with three ports of call.

When we signed up, we had the opportunity to select optional shore excursions—things to do when you are in port. These activities ranged in difficulty from easy to challenging and represented a wide spectrum from shopping to guided tours to parasailing to snorkeling.

Being the vacation planner that he is, Davis made a selection. I must say here that I would have chosen something like butterfly watching, shopping, or maybe a guided tour; I would not have wandered from the “easy” category. Davis did. He also booked the adventure before he told me. In other words, instead of asking for my input, his plan was to ease me into the idea.

Davis made a reservation for discovery scuba. From the very beginning I wanted to sit it out, content to watch and hear his report of the fish below. The whole idea made me nervous: What if I couldn’t get up fast enough? What if I couldn’t breathe? What if . . . ?

The day of our adventure dawned, and I was doing better because I had a plan. I was going to make a good showing and then bow out. That way I wouldn’t spoil Davis’s fun and would at least look like I had tried.

Our leader was from somewhere in South America and had a heavy accent; I could only understand about half of what he said. He was trying to explain it all, and the only thing I could think about was my plan of escape.

We donned our swimsuits and equipment: mask, weight belt, flippers, and a scuba tank. It all weighed about fifty pounds. When the water got just over our heads, we were told to practice breathing with our regulators, slow and deep, by putting our faces into the water and deflating our vests so that we would sink. I dutifully practiced, but even with my plan this was harder than I had predicted. I could stand there and practice, but the moment I was all the way under water I would panic. When I would get to the bottom I would inflate my vest and shoot to the surface, all out of breath. At the surface, I would tell the instructor, “I don’t think I can do this. I just can’t seem to let go and relax.”

“Keep practicing. Let’s try again,” he would say. But I didn’t want to try again. I just wanted to swim to shore and get in the sun.

It was about this time that our instructor noticed that Davis was missing. Yes, my dear man had gotten the hang of this new skill and had taken off to explore on his own. I was not worried because I knew Davis. He would be fine. It was at this point that my determination kicked in. You see, at that moment I didn’t want to be beat. In a flash I realized that it had been a while since I had to face a fear or challenge and overcome it. When would I have this chance again? I wanted to be able to tell the kids that I had succeeded. They would expect Dad to make it, but I wanted to say that I had not given into fear. I wanted to overcome!

My instructor sent over his assistant, who was beyond patient. She said, “You can do it. It is so beautiful down there. Your fear is all in your head. This is all about relaxing. Just relax and breathe slowly. Let go; I will stay with you. I promise that it will be worth it!”

She could not have known the mental and psychological battle I was fighting, but her words were just right. She extended her hand, and we descended to the bottom—about twenty feet.

Soon I was in the lead of the group, behind the instructor, being amazed at every turn. We dove to the remains of a shipwreck, where a magnificent display of underwater life awaited with fish of all sizes, colors, and shapes. The whole discovery was incredible!

When I came to the surface, there was Davis, waiting for me at the dock. I had done it! I had let go of my fear. I had relaxed and trusted. I had pushed past the initial panic and been greatly rewarded by an up-close encounter of creation.

With our vacation over, I found myself back on the home front with laundry, grocery shopping, emails, and so much more. Here I am, faced with another challenge. Just like when I was on the scuba discovery, I have the option to go deeper or stay on shore. To take His hand, or give in to my fears. To trust His plan or revert to my own. To panic or relax.

Home schooling is an adventure of a lifetime — a challenge that often begins with fear or panic. Yet it is an opportunity for discovery like no other. So relax, persevere, and enjoy your family and the blessings of home education.

—
Rachael Carman is a wife and mother, and she is passionate about both. She and Davis have been blessed with seven children. She is the author of two books: How to Have a HEART for Your Kids and Soundbites From Heaven.