The Case that Could Completely Reshape Texas Families

You’ve probably heard of the case of 5-year-old Ann, which is currently being considered by the Supreme Court of Texas (SCOT).

Unlike most cases that come before the high court, this case has the potential to actually affect the daily lives of children and families all across the state. If the case goes before the United States Supreme Court, it could affect the entire country.

In a nutshell, the SCOT is about to decide whether families actually have a constitutional right to raise their children. 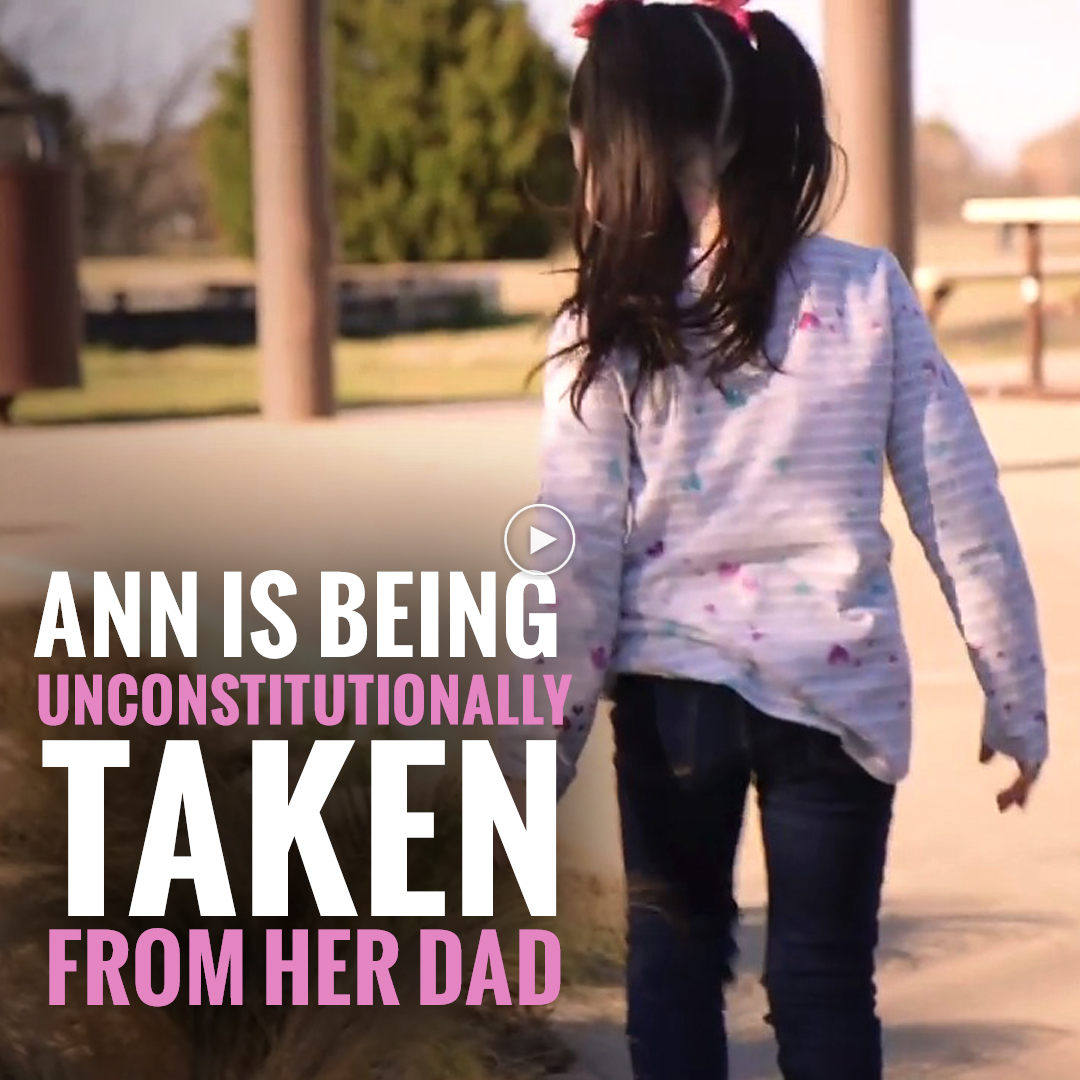 The video of Ann’s case has been viewed on Facebook nearly 50,000 times. The case has also attracted the attention of 7 major pro-family organizations and the Attorney General for the State of Texas, all of whom have intervened in the case to defend Ann and her father, Chris.

Ann’s mother then dated another man and moved in with him about 11 months before dying in a tragic car accident. They became engaged within the last few months of her mother’s life. Ann spent less than 6 months with the man.

After her mother’s death, the boyfriend-turned-fiance attempted to take custody of Ann away from Chris, Ann’s actual father.

This unrelated man, who has spent less than 6 months with Ann, is now arguing in court that he has just as much right to custody of her as Ann’s actual father has.

It is difficult to overstate how incredible this argument is. The fiance’s attorney told the SCOT that the fiance “feels” like a parent to Ann.  While the attorney admitted that the fiance has no actual relation to Ann, this “feeling” is evidently enough to justify taking custody from Ann’s actual father.

It is important to note here that the fiance has not accused Chris of doing anything wrong. In fact, the fiance and the courts have all acknowledged openly that Chris is an entirely fit parent. Even so, the fiance argues that he should be able to take custody of Ann away from Chris.

Inexplicably, the trial court and the Fort Worth Court of Appeals both agreed with the fiance’s argument. The case is now being considered by the SCOT.

If the fiance wins his argument, it could completely reshape Texas families. Individuals who have no relation to a child at all would be allowed to request, and could actually receive, custody of children from entirely fit parents.

Live-in boyfriends, nannies, roommates, students renting out a room during the semester… any of them could be allowed to break up a natural family by taking custody of a child they are completely unrelated to by family relations.

This frightening philosophy has even been endorsed by high profile academics like law Professor James Dwyer, who has argued that children belong to the state and the state can decide who exercises parental rights over that child.

THSC has filed a brief in the case and THSC has launched a website called LetHerStay.com. We are working hard to spread awareness of the story and recruit additional organizations who can file briefs to defend Chris and Ann.

The SCOT is expected to make a final ruling in the case later this year.

This battle is a battle for all families, not just Chris and Ann. You can help by visiting LetHerStay.com, sharing the video, and following the action steps.

A district court gave joint custody of a young girl to a man who was not in any way related to her. The court did this over the objections of the biological father.

Has your home schooling decision ever been judged based on someone’s random anecdotal experience?

“My kids were in AP classes to get ready for college.  How are your kids going to get into college?  Aren’t you worried about their future?” OR